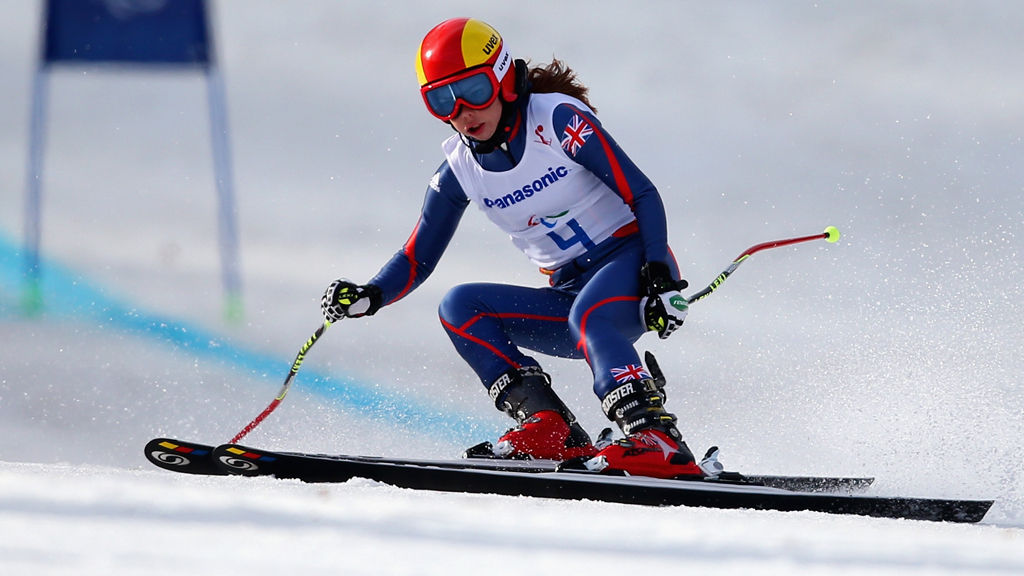 Now, skiing is hard enough without the extra obstacle of being visually impaired. But British Paralympic skiers Kelly Gallagher & Jade Etherington have showed the world that not even partial sightedness can hold someone back, by Kelly scooping gold in the Super-G and Jade winning silver in the visually impaired downhill and bronze the Super-G in Sochi. Well done Kelly and Jade!

Kelly Gallagher, who has oculocutaneous albinism, a condition with affects the pigment in her hair, skin and eyes, started skiing when she was 17 and has been working with her guide Charlotte Evans since then. Jade has suffered from Axenfeld syndromeÂ since birth, a genetic condition causing fluid blockages in the eye, but has never let her deteriorating vision slow her down and has gone from strength to strength since joining the British Disabled Ski Team Development Squad in 2009.

Jade now has less that 5% vision in both eyes, making her achievement even more outstanding. Jade, along with her guide Caroline Powell, made history by becoming the first ever British women to win a Paralympic skiing medal and is still set to compete in the Slalom and Giant Slalom.

Well done to all the visually impaired skiers competing, the LaserVision team wish them all the best in their forthcoming events!

You can find out more about which cookies we are using or switch them off in settings.

This website uses cookies so that we can provide you with the best user experience possible. Cookie information is stored in your browser and performs functions such as recognising you when you return to our website and helping our team to understand which sections of the website you find most interesting and useful.

Strictly Necessary Cookie should be enabled at all times so that we can save your preferences for cookie settings.

If you disable this cookie, we will not be able to save your preferences. This means that every time you visit this website you will need to enable or disable cookies again.

This website uses Google Analytics to collect anonymous information such as the number of visitors to the site, and the most popular pages.

Please enable Strictly Necessary Cookies first so that we can save your preferences!